The track will mark the band's first new material since their 2015 Drones album.

Muse have confirmed the title and release date of their new single.

Matt Bellamy and co. have been teasing new material over the past week, sharing short clips of what appears to be the video for the new single.

The frontman also shared an image of his son Bing, who he shares with Kate Hudson, on set.

Last month, the Knights Of Cydonia rocker shared some promising sounds from the studio with a video, which he captioned: "Back in the studio. New song coming soon..."

Back in the studio. New song coming soon...

While the track has been described as standalone, no doubt the outfit will preview the new track and more new material during their headline set at Reading & Leeds Festival, where they will be joined at the top of the bill by Kasbian and Eminem. 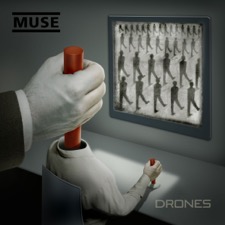