Mumford And Sons walked away with the top prize at the 2011 Brit Awards this evening (February 15). The band, who have been Radio X favourites for over a year, took the Mastercard Best Album gong, beating off the likes of Plan B, Tinie Tempah and Take That.

Also winning at the ceremony at London's O2 Arena were Arcade Fire, who took the Best International Album and Group Awards, and Laura Marling, who was named Best British Female. 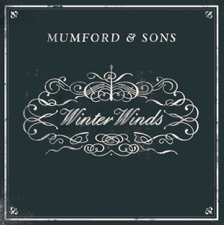