The band will be supported by Wolf Alice and Alabama Shakes.

The indie-folk four-piece will play their British Summertime gig on 8 July, making it they first time they will have topped the bill at the venue.

The Tompkins Square Park band shared the news on their Instagram, with a little help from their security guard.

Wolf Alice and Alabama Shakes are also set to play the date at London's famous park, with more acts to be announced.

Tickets for the Mumford & Sons show go on sale on 27 November from 9am, with pre-sale tickets starting on Monday 23 November at 9am. 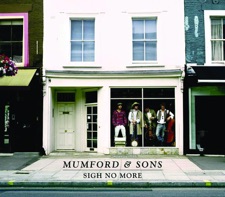