Watch The Trailer For Morrissey Biopic England Is Mine

The film, which stars Jack Lowden, will lead up to the moment The Smiths frontman joins forces with Johnny Marr.

The official trailer and release date for this year's forthcoming Morrissey biopic has been revealed.

Jack Lowden (Dunkirk, War And Peace) portrays a young Stephen Morrissey in the clip, while Jessica Brown Findlay is seen playing the part of his friend the punk poet Linder Sterling.

The Mark Gill-directed film, which is set to focus on the early years of The Smiths frontman up until the point the band forms with Johnny Marr (Laurie Kynaston), is set for release in cinemas on 4 August 2017.

The biopic will also be screened on the last day of the Edinburgh International Film Festival on Sunday 2 July.

Mark Adams, the Artistic Director of the festival, said: “Morrissey is definitively one of Britain’s most iconic artists, and we are delighted to be exploring the enigma of his incredible life story on closing night with the world premiere of ENGLAND IS MINE.”

The festival's website perviously debuted pictures from the biopic in May, featuring Lowden, Findlay and Kynaston. 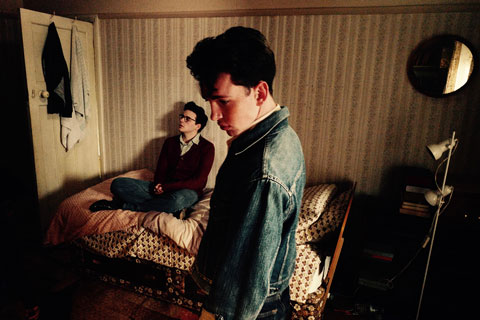