The merchandise featured an image of James Baldwin with The Smiths lyrics: “I wear black on the outside, 'cause black is how I feel on the inside".

A new Morrissey T-shirt which was deemed problematic and uncomfortable has appeared to have been pulled by the star.

The garment caused controversy after it was unveiled last week (15 March), featuring a picture of the black writer and critic James Baldwin, surrounded by The Smiths lyrics: “I wear black on the outside, 'cause black is how I feel on the inside". 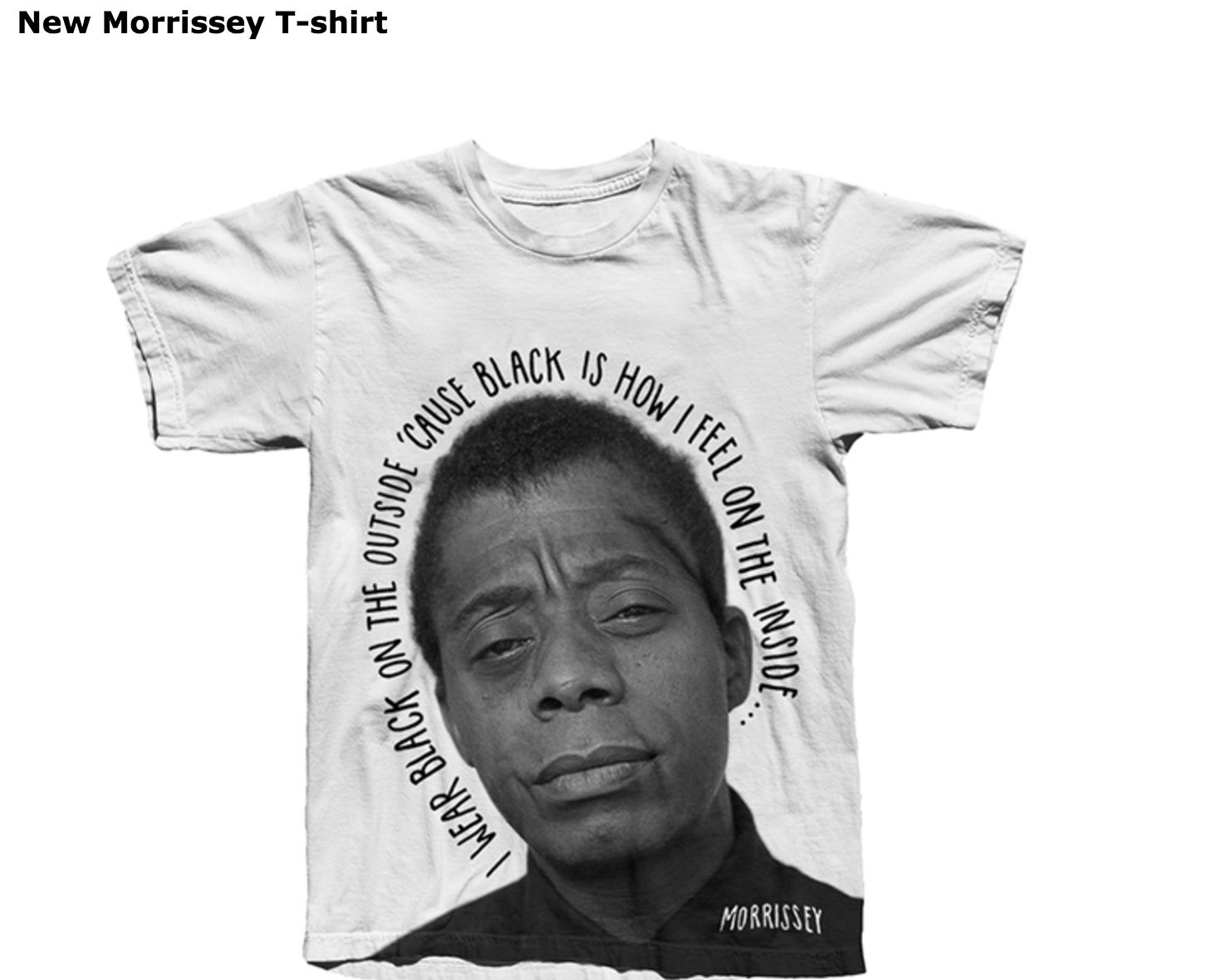 The t-shirt, which was previously available on Morrissey's Mporium site, snow eems to have been taken down. However, with the original true-to-you post still up, it's yet to be seen whether the garment will be on sale during his North American tour.

Despite in his 2013 autobiography expressing his love for Baldwin’s books Go Tell It on the Mountain and The Fire Next Time, Morrissey hasn't escaped criticism from the literary world.

Publisher Melville House weighed in on the topic with editor Ryan Harrington commenting: “This particular shirt is a regrettable misfire of internet mash-up culture, in which the curated mingling of disparate words and images devalue one another, rather than enrich one another.”