Maximo Park have announced their next album is called Too Much Information and is released February 3 2014.

Their fifth record was recorded and self-produced by the band in Newcastle and Sunderland with additional production duties from The Invisible's Dave Okumu and from Field Music's David and Peter Brewis.

Too Much Information is the follow up  to 2012's The National Health.

Brain Cells is the first track off the album - you can download the track for free from the band's website.

"Our lyrics and our music will never be too-cool-for-school - we are an emotional band even if it might be too much information for some," frontman Paul Smith said. 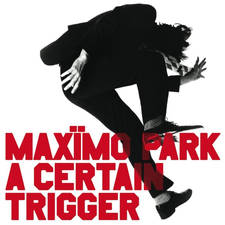