The Marks To Prove It outfit played a special charity gig at Omeara in aid of the MS Society.

Watch the crowd singalong to their Precious Time anthem above.

The Maccabees played a special benefit show as part of their farewell tour in London on Friday (16 June), with support from Mystery Jets and Imperial Daze.

The sold-out show, which saw them perform to a tiny crowd of 350 at Omeara, took place to raise funds for the MS Society. 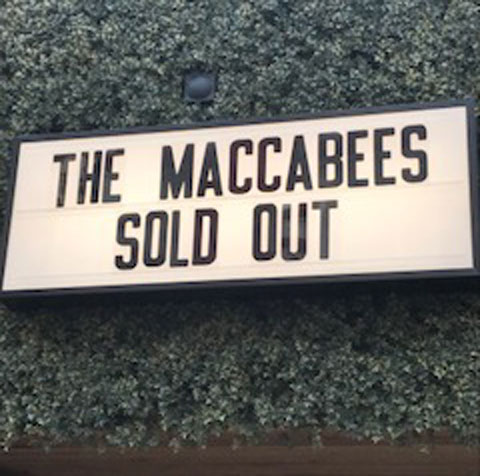 The Pelican five-piece played a career spanning set including the likes of Pelican, Precious Time and Toothpaste Kisses to an audience which boasted the likes of the Foals and Florence Welch.

Marks To Prove It:

The Maccabees will go on to play their farewell tour dates, which kick off next Thursday in Birmingham.