The Libertines will mark twenty years since their debut Up The Bracket was released with a series of special anniversary shows in 2022.

Their landmark first album was released on 14 October 2002 and featured songs like Time For Heroes, The Boys In The Band and the classic title track.

The band have announced that they will perform the album - "plus other classics" - at a newly-announced show at the OVO Arena, Wembley on Saturday 23rd July. Tickets for the new date will go on sale at 9am on Friday 11th March via Ticketmaster

We're going to Wembley. Tickets go on sale this Friday at 9am x#UPTHEBRACKET20 pic.twitter.com/RR1BDAUWl7

The band will perform four shows in the summer of 2022:

The Libertines Up The Bracket anniversary UK tour dates 2022

The Libertines have also announced that they will be issuing a series of archive releases in conjunction with their original label Rough Trade. Further updates will be available via their official site, www.thelibertines.com. 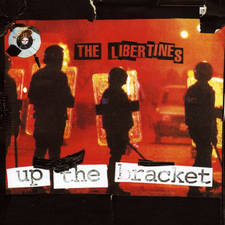