Carl Barat: Libertines reunion show was only organised in the past week

The Libertines have confirmed they will be headlining a massive gig in London's Hyde Park this summer.

Carl Barat admitted to Radio X's Sunta Templeton that the gig on 5 July, their first since they played Reading and Leeds in 2010, was only sorted in the past week.

"It was floating around a couple of weeks ago but it didn't actually come direct to me until Pete confirmed it from Paris, or wherever he was, then I confirmed it as well," Carl said

"I gave it a little bit of thought, as time passes you just sort of assume it's not really possible and then when the question gets asked you think, 'well, hang, we didn't actually fall out'," he added

"I went from being a bit confused to being ecstatic."

The Pogues, Maximo Park, Spiritualized, Swim Deep, Wolf Alice, The Enemy, Reverend and The Makers, I Am Kloot, The View, Darlia and The Twang will also be playing across four stages on 5 July.

The gig will be The Libertine's biggest ever UK show. Carl admitted he is feeling nervous.

"I hope anyone turns up, mind you we have got The Pogues as well so we can have some of their fans. It feels pretty specular. It kind of bowls me over. "

Pippa's back hug idea has The Chris Moyles Show in hysterics 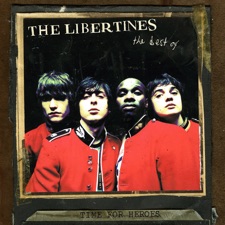