The Libertines rocker has joined a host of stars talking about their perfect cuppa in order to raise awareness for mental health.

Carl Barât is among a list of stars lending his support to the Samaritans' latest campaign.

A video for #BrewMonday - launched on what's known as Blue Monday or the most depressing day of the year -  sees The Libertines rocker join the likes of comedian Ross Noble, former-boxer Audley Harrison and Aussie comedian Bec Hill in describing their perfect cup of tea in a bid to encourage people to talk more.

Watch the video above, which was was captioned: "The perfect remedy, a uniter of people, or a show of love - whatever a brew means to you, get together today for #BrewMonday for a cuppa and a catch up. Just one conversation could save a life."

While Ross Noble and Bec Hill admit not actually liking tea at all, the Don't Look Back Into The Sun rocker mused: "I think a cup of tea is a great uniter of people. It's like a modern day talking stick."

He added: "I think the main ingredient for any decent cup of tea is love. I really believe that the difference in a cup of tea that someone's put love into and hasn't is a massive thing."

The clip ends with the tagline: "Don't let things stew, come together for a brew".

If you need to talk, contact the Samaritans here 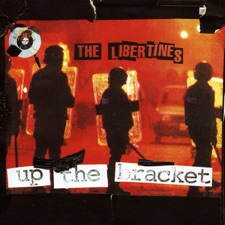