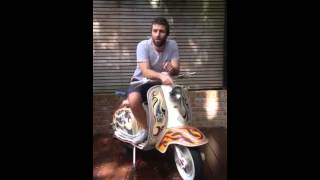 Liam Gallagher is the latest celebrity to undertake the ice-bucket challenge (*Contains expletives, consider yourself warned*)

The Beady Eye frontman nominated Spongebob Squarepants, Ivor the Engine and his brother Noel to take up the challenge next, which is raising money for ALS charities.

ALS is a form of motor-nuerone disease and makes the suffers muscles weaken and stiffen.

Dave Grohl, Lady Gaga and George W Bush are among the other celebrities to have taken part in the viral fundraising effort.

The Foo Fighters frontman took it to extremes for his challenge - recreating the iconic scene from horror movie Carrie, with help from his bandmates.