The Wall Of Glass singer has added a massive homecoming date to his string of outdoor shows next year.

Liam Gallagher is set to play a headline gig in Manchester in 2018.

The former Oasis frontman will play an unmissable homecoming show at Emirates Lancashire Cricket Club on Saturday 18 August next year. 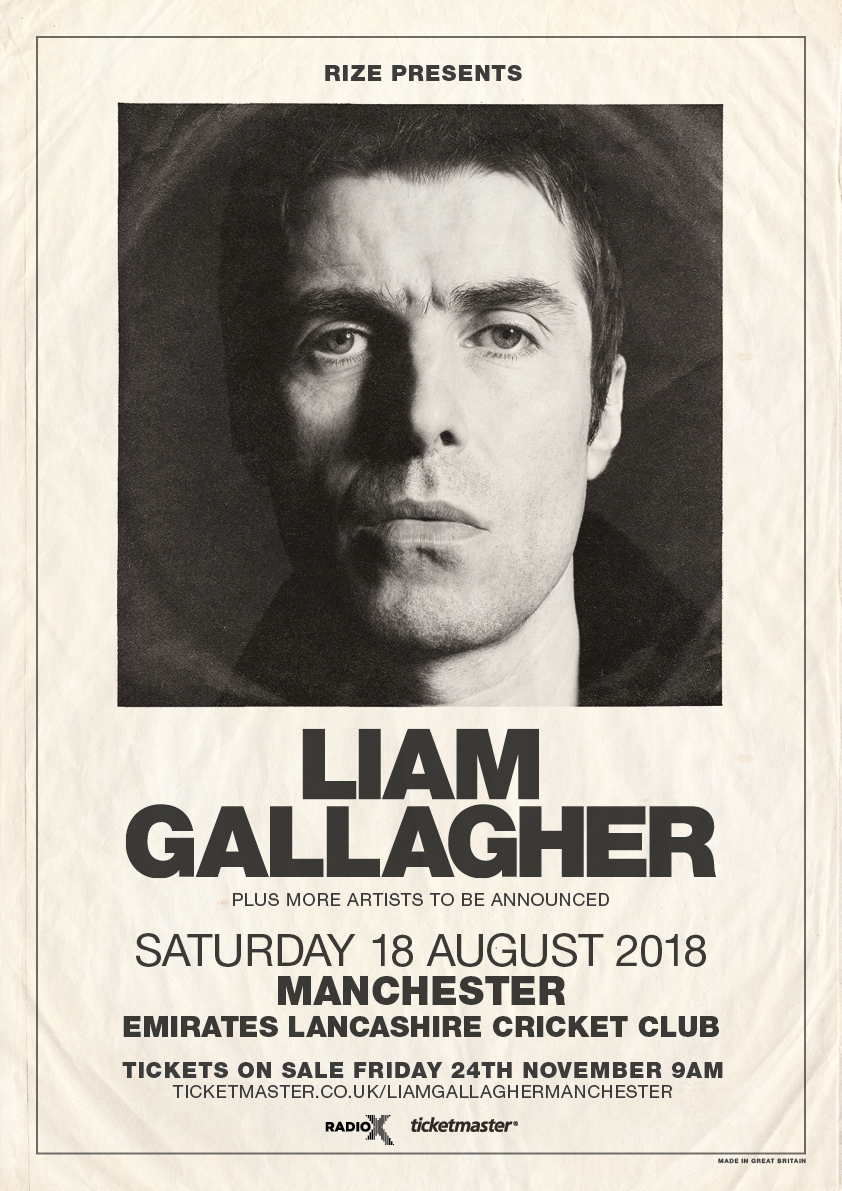 The special one day event takes place at the famous venue which has previously hosted landmark nights of music including the record breaking One Love Manchester. This is guaranteed to be the stand out rock show of the summer.

Tickets will go on sale on Friday 24 November and are priced at £52.50+BF for general admission and £62.50 for reserved seating. VIP packages are available.

Fans can expect recent singles Wall Of Glass and For What It’s Worth as well as Oasis classics such as Rock ‘N’ Roll Star and Wonderwall to provide huge sing-along moments that will add to Manchester’s already iconic history.

It's already shaping up to be a busy summer for Liam, with European shows in the Spring leading into massive dates in Dublin, Belfast and finally London's Finsbury Park on 29 June.

The announcement of the 2018 shows comes hot on the heels of the release of Gallagher's debut solo album, As You Were, which he kindly took us through track by track...

WATCH: Marcus Mumford shows Chris Moyles and the team round his home studio

TRNSMT Festival 2020: Is it cancelled and what is the line up?