Zeppelin drummer John Bonham died 40 years ago. Where was his last show with the band and what did they play?

It's now 40 years since Led Zeppelin officially disbanded. The legendary rock band has reunited on several occasions - notably at Live Aid in 1985 and again for a charity event in 2007 which entered the record books as the "Highest Demand For Tickets For One Music Concert" after 20 million requests hit the O2's website.

This event was held in tribute to Ahmet Ertegun, the man behind Zeppelin's record label, Atlantic, who had died the previous year. The O2 show marked Led Zeppelin's first full-length performance since the death of their drummer John Bonham nearly three decades earlier. For the night, his place was taken by his son, Jason.

John Bonham died on 25 September 1980, aged just 32 years old. The tragedy came just as Led Zep were about to head out on a North American tour, their first for three years.

Zeppelin had issued their final studio album, In Through The Out Door, in the summer of 1979. It wasn't an easy time for the band - despite being one of the biggest rock acts of the decade, the death of Robert Plant's young son in 1977, other personal issues and an enforced exile from the UK for tax reasons had put a strain on the group. Alongside this, there was also the issue of Bonham's alcoholism. Always a big drinker, the drummer was finding the stress of being on the road difficult and turned to booze.

Despite all this, Led Zeppelin performed two enormous shows in August 1979 at Knebworth. It turned out that these two dates (4 and 11 August 1979) would be the band's final UK concerts.

In June 1980, Zeppelin began a short tour of arenas in Germany, Belgium and the Netherlands. However, when they got to Nuremberg on 27 June, John Bonham's health problems caught up with him.

They began the show as usual with covers of The Train Kept A-Rollin' and Nobody's Fault But Mine, but during the third song, Black Dog, it was apparently that Bonham wasn't well.

Jimmy Page introduced the song by saying: "There's two of us tonight who aren't feeling at all well. A bit of stomach trouble, so we're gonna do our best, whatever, as usual..."

Listening back to the tape of the evening, you can hear that Bonham's usually unflappable timing has gone and the song sounds a mess. But they finish the tune and Robert Plant starts to introduce the next song, In The Evening.

However, Bonham has collapsed and fallen off his drum stool. "We've just got a slight technical problem if you can bear with us," Plant says, nervously. "We just have a minute problem, so if you can wait patiently, we'd be very grateful. Hang on."

The show didn't resume and ended there. Bizarrely, one of the official reasons given for Bonham's collapse was that he'd eaten 27 bananas, apparently because he needed some potassium. A number of fans who were at the show, however, have claimed that the drummer looked drunk on the night.

The tour was picked up a couple of days later and wound up at Berlin's Eissporthalle on 7 July. This would be John Bonham's final show with Led Zeppelin. This is what they played:

With the European tour over, Led Zeppelin retreated to rehearse for their forthcoming North American dates.

On 24 September 1980, Bonham was taken to Bray Studios in Berkshire, where Zeppelin were rehearsing. On the way there, according to his assistant Rex King, Bonham asked to stop "for breakfast" and ate a ham roll accompanied by four quadruple vodkas.

The drummer kept drinking throughout the day and when the rehearsal was over, the group returned to Jimmy Page's house in Windsor. By midnight, Bonham was out cold and was taken to bed. When Zeppelin's tour manager and bassist John Paul Jones went to wake him the next afternoon, they discovered that he'd died in the night.

An inquest ruled that Bonham had died through inhaling vomit after drinking "about 40 measures" of vodka in 12 hours. Doctors found no other recreational drugs in his body.

Not surprisingly, the US tour was cancelled. On 4 December 1980, the surviving members of Led Zeppelin issued a statement: "We wish it to be known that the loss of our dear friend, and the deep sense of undivided harmony felt by ourselves and our manager, have led us to decide that we could not continue as we were."

It was the end of one of the greatest rock bands in history. 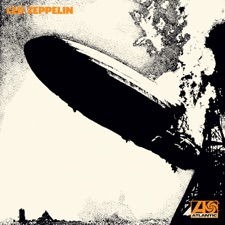 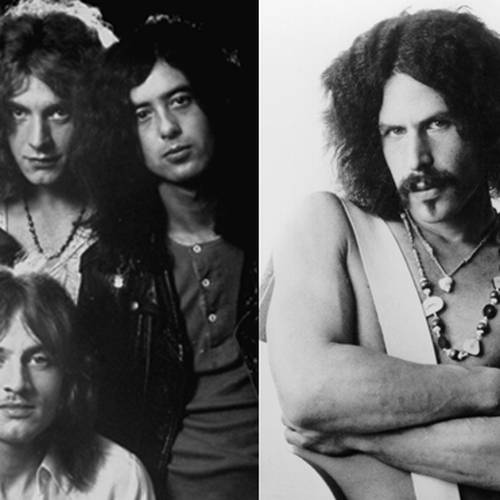 How Led Zeppelin won the Stairway To Heaven plagiarism case