Kasabian have finally shared the official video for Bumblebeee - the next single from the world-beating new album, 48:13.

Bumblebeee is taken from the band's fifth album and was the song the band chose to kick off their headlining set at Glastonbury this year.

Serge told the NME recently: "Humans can't exist without bumblebees, and the song's about the fans and about us joining together and reaching a higher state with them. Our fans are our bumblebees. Without them we're fucked. Without them pollinating the flowers, we're done." 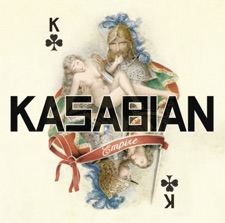 "A good day in the office": Kasabian share clip of Serge Pizzorno making new music in the studio