Kaiser Chiefs to tour with Razorlight in 2020

Ricky Wilson and co will be hitting the road next year with special guests Razorlight! FInd out how to get tickets here.

Kaiser Chiefs are back! Hot off the back of their headlining hometown show at Leeds' Elland Road stadium in June, RIcky Wilson and his comrades are set to release a new album, Duck, which has been previewed by the latest single, People Know How To Love One Another.

Not only that, but Kaiser Chiefs have announced a HUGE UK tour of arenas for January and February 2020 - and their special guest on this jaunt around the country will be none other than Razorlight. Extra dates have now been added, so the tour looks like this:

Tickets for the tour are on sale now and are all available from www.gigsandtours.com 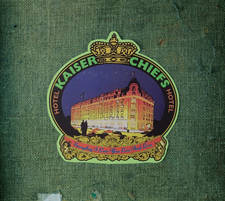