Kaiser Chiefs For Live At Chelsea 2018

The I Predict A Riot outfit will be playing the very special concert, which will help raise funds towards the care of the Chelsea Pensioners.

Kaiser Chiefs are set to perform a special show at the home of the Chelsea Pensioners in west London next summer.

As part of the Live At Chelsea Concert Series 2018, the Ruby rockers will headline the venue at the outdoor event held at the grounds of the Royal Hospital Chelsea on 14 June 2018.

Frontman Ricky Wilson, also famed for being a judge for three series of The Voice, said: "We're very excited to be playing at such an historic venue and hope we get to meet some Chelsea Pensioners."

The band - who have been performing hits for more than 13 years since their debut single Oh My God - will take to the stage at the Sir Christopher Wren site.

The Live At Chelsea Concert Series returns for its fourth year, and has previously seen the likes of  Rufus Wainwright, Ludovico Einaudi, Simply Red and Belle & Sebastian perform for the pensioners and audience members.

A portion of the ticket sales from the event is donated towards the care of the Chelsea Pensioners, as well as the maintenance of the Grade I listed site, which has provided care and comradeship to ex-military personnel since 1682 when it was founded by King Charles II.

More acts are expected to be announced in the coming months, information can be found at www.chelsea-pensioners.org.uk.

Last month, The Killers performed Kaiser Chief's I Predict A Riot hit with the help of the band's former drummer, Nick Hodges, in the Leeds band's hometown.

ckers then launched into Kaiser Chiefs' I Predict A Riot anthem, which was written about the chaos of a night out in their hometown.

Watch the moment in a video shared on YouTube by Alan P-B: 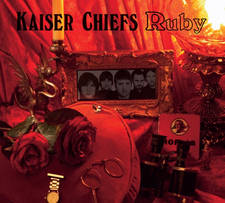