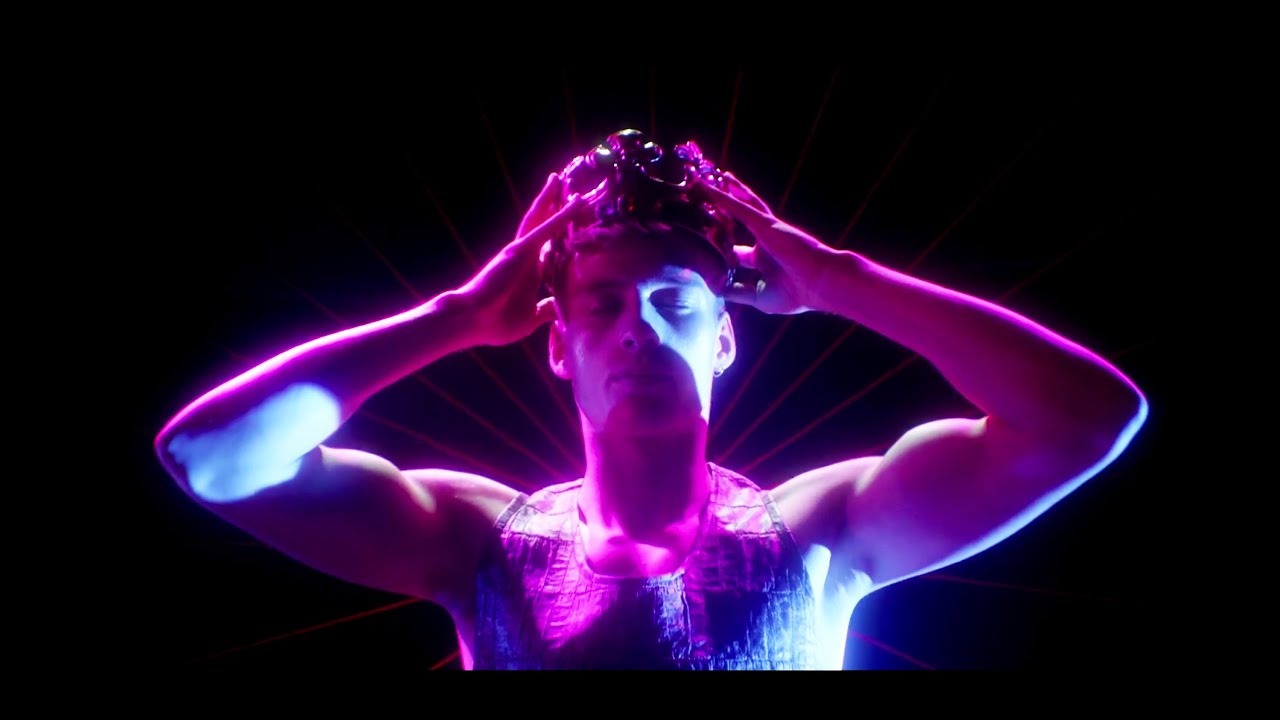 Mythology meets clubbing in the official clip to the Manchester legends' first single from their new album Music Complete. Have a peek.

New Order have shared the official video to their new single Restless. The track is a dreamy, synth drench anthem: classic New Order, designed for 2015.

Take a look at the intriguing video which mixes super-modern club scenes with the myth of Excalibur and King Arthur. It's like Monty Python And The Holy Grail meets Trainspotting via Game Of Thrones.

Restless is digitally available now, with a full remix package available from 9 October 2015.

Music Complete is the title of New Order's first full studio record in a decade, with keyboardist Gillian Gilbert also back in the studio for the first time since 1993's Republic.

Gillian and Stephen joined Clint Boon to discuss the record, which includes a top class group of collaborators: people like The Killers' Brandon and Elly from La Roux who worked with the iconic band.

THE GREATEST COLLABORATIONS OF ALL TIME

"Brandon's a big friend of Bernard's," said Stephen, adding that the Killers man needs to repay a debt after taking inspiration for his band's name from the Crystal video. "He has to work with us to pay that off...he sort of stole that from us!"

But it sounds like Iggy left the biggest impression when he recorded his vocals for the track Stray Dog. "Iggy singing on a record with you [seems strage], but he's a lovely guy." Gillian got on brilliantly with La Roux, who she described as "a lovely girl".

Stephen also told Clint the brilliant story of how his name got him into trouble with fans of a certain Motown legend.

Restless is the first single from Music Complete. Music Complete is the band's first record since Peter Hook left in 2007. The album will be released September 25th.

Why the sleeve to Closer by Joy Division was controversial

How Love Will Tear Us Apart became Ian Curtis's memorial