The track is the second cut to be taken from his forthcoming fourth album, Trick, which is set for release on 2 September.

You can hear Power Over Men, which drops on 18 September, below:

Chatting to Radio X's Phil Clifton last night, Jamie T dedicated the track to The Maccabees, who recently announced they were splitting after 14 years together.

Watch the video for Tinfoil Boy below:

The Sheila star will play gigs across the UK and Ireland in September and October, including three dates at London's O2 Academy Brixton.

See his full dates below: 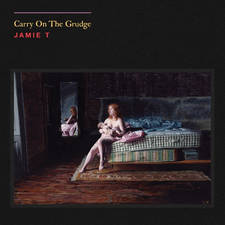