Gorillaz have shared brand new music in the form of Sleeping Powder.

The hypnotic new song and its accompanying video sees 2D go it alone on what appears to be a standalone track.

The animated character also features heavily in the video, which sees him play piano and dance against a trippy backdrop.

Gorillaz - who released their Humanz LP this year - are preparing for their Demon Dayz Festival, which takes place in Margate this Saturday 10 June.

Fans can watch the gig live from Red Bull TV: 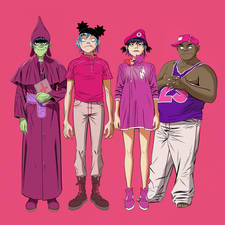