The Glasgow four-piece are becoming a three-piece.

Franz Ferdinand have announced they will be "recording and touring" a new album, but have revealed they won't be joined by guitarist Nick McCarthy.

Taking to Twitter, the Glasgow band explained McCarthy has "a young family and does not want to be away from them for such a long period".

A message from us: pic.twitter.com/zeoNIUXZOl

Nick McCarthey, who thanked the fans "for being such an inspiration over the years," revealed he wanted to concentrate on "writing and production" and added that he was looking forward to hearing the new album.

The album will be the Take Me Out outfit's sixth studio release, following 2015's FFS.

Watch Franz Ferdinand's Stand On The Horizon video below: 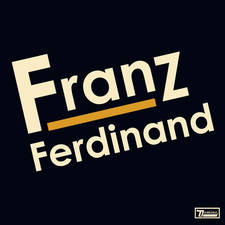