Why Dave Grohl Became A Frontman After Nirvana...

The Foo Fighters rocker reveals why he didn't drum in another band after losing Kurt Cobain to suicide in 1994.

Dave Grohl made his name as the drummer of grunge Nirvana, but after the death of his friend and bandmate, Kurt Cobain, he went on to form and front the Foo Fighters in 1995. 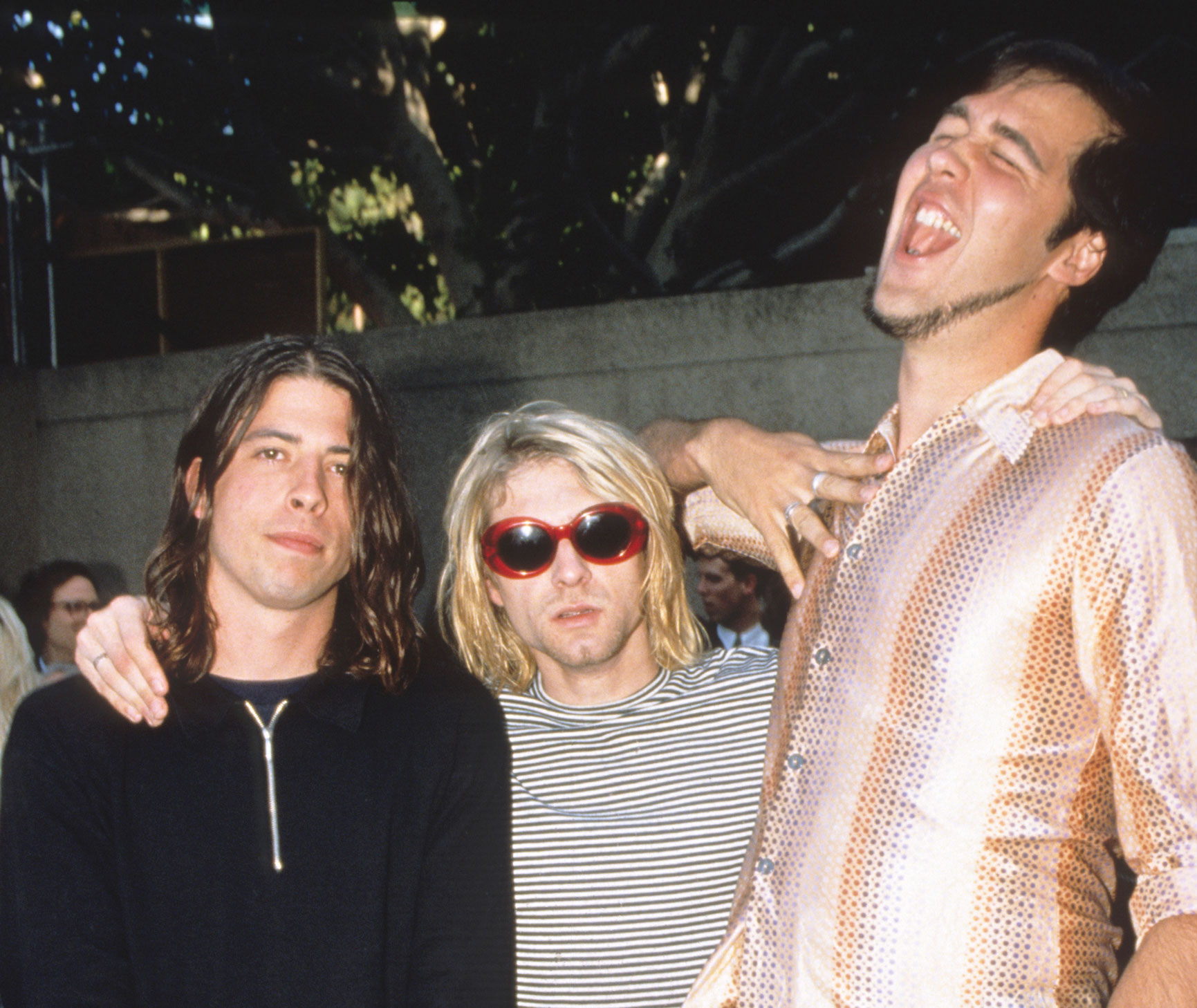 The Foos went on to have huge success and become legends in their own right, but have you ever wondered why Dave didn't just drum in another outfit or form his own band and drum in it?

Speaking to Team Rock, the Everlong singer explained: "After Nirvana, I wasn't really sure what to do. I was asked to join a couple of other bands as the drummer, but I just couldn't imagine doing that because it would just remind me of being in Nirvana; every time I sat down at a drum set, I would think of that. And other people would think of that as well."

After months of soul-searching, his solution was to gather up some of the stuff he'd written on his own, and get in the studio and start recording in order to create something completely new,

Most importantly, when it came to releasing his solo work, he wanted something that wouldn't remind people of the tragedy of Cobain's death, and wouldn't even necessarily relate to him.

"I started my own company, Roswell Records, and I called it Foo Fighters because I wanted people to think it was a band. I didn’t want any names on it or pictures.”

Dave Grohl has also previously talked about why he stopped doing drugs, and surprisingly its a decision he made before Kurt Cobain's death.

"One thing I did before Nirvana became popular was I stopped doing drugs," he told The Sydney Morning Herald.

And when it comes to his reasoning, it seems the rocker realised very quickly that drugs didn't make him feel "healthy" or like he was in control.

He revealed: "By the time I was 20, I just stopped doing that stuff because it didn't make me feel emotionally, mentally or physically healthy.

"I have a drink every now and again, sure, but if you want to weather a career like I've done, you can't do this shit half-assed. It's challenging and you have to try and keep your head – there's a lot going on around you all the time and with time you get better at keeping on top of it all."

Find out what Dave Grohl is whispering in Everlong: