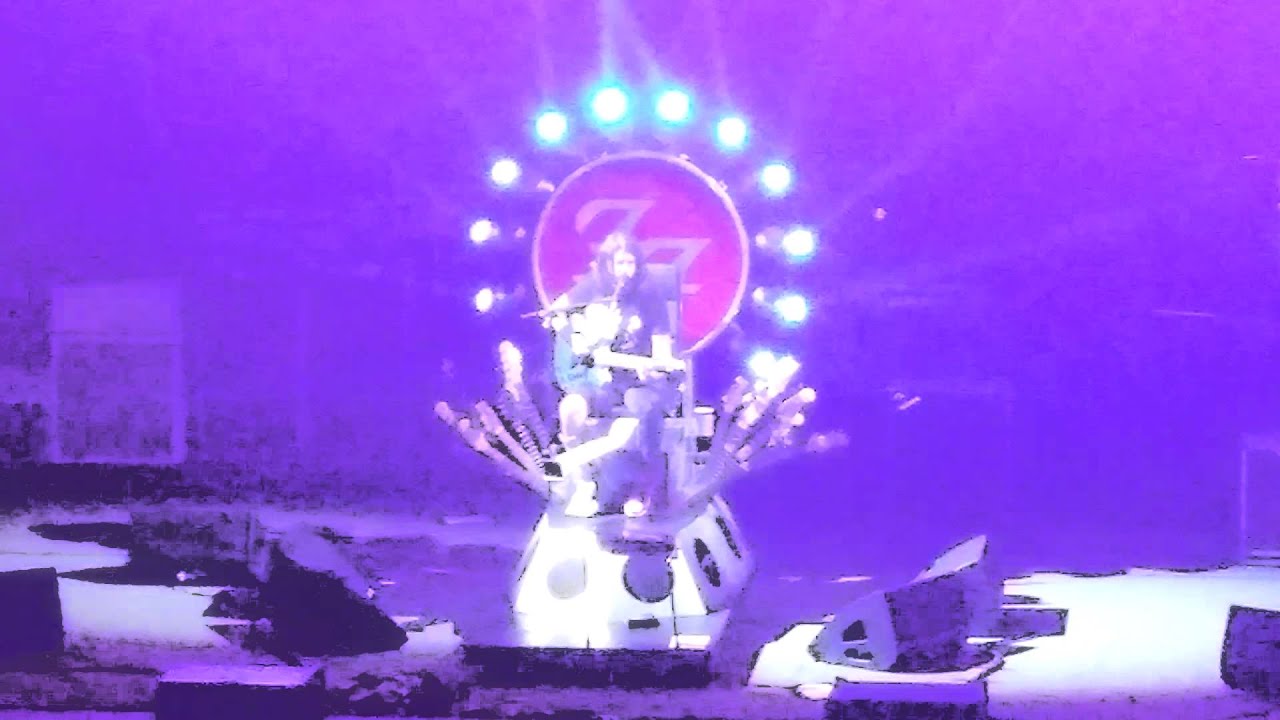 The band thanked the Italian city for giving them the "greatest moment" and opened with Learn To Fly.

Foo Fighters played an emotional gig at Cesena, Italy after promising to reward the city for their Rockin' 1000 Learn To Fly tribute video.

The Seattle band kicked off their European tour with the sold out date which took place last night (Tuesday 3 November) in the provincial city, which has less than 100,000 occupants.

The Foos played a whopping 27-song set, fittingly opening with Learn To Fly, ending with Everlong and playing covers in-between.

Frontman Dave Grohl - who still has his leg in a cast - told the audience: "First of all we have to say thank you to all of the musicians here tonight. It's crazy.

"What you guys did. The whole world saw what you did... It was a beautiful thing."

He added: "To see you people singing our song for the whole fucking world... It was the greatest moment.

Strumming on his guitar, the singer told the audience they were in for a "long night" and told them they'd be playing songs from every album.

Dave Grohl also invited organiser Fabio and the drummer - known as the Mohican Guy - for a very special jam sesh which included a string of covers including Queen and David Bowie's Under Pressure.

The Rockin'1000 posted a string of pictures and videos on their Twitter, with one even seeing the band make an appearance at their after party.

Watch the video that started it all again below: