The band have added another two stamps to their digital passport.

Dave Grohl and co. have turned Spain red on their map of Europe and added another stamp on their digital passport, which reveals they will top the bill at the country's Mad Cool festival. 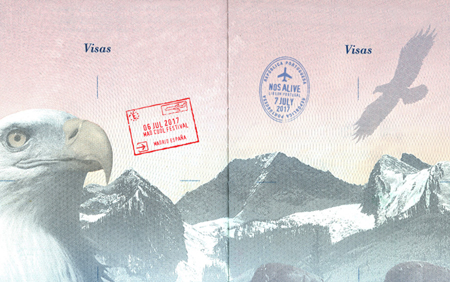 The band have also just done the same for Poland's Open'er festival, which they will headline on Thursday 29 June.

One of the most important rock bands of the last two decades are the next headliner in @MiastoGdynia - @foofighters! pic.twitter.com/3vCPEziiBm

This STILL leaves a convenient slot for Glastonbury which occurs on the last weekend of June next year.

Find out why we think the band are almost DEFINITELY playing Glastonbury 2017: