The Learn To Fly rockers have added another stamp to their digital passport.

Foo Fighters have confirmed another European festival date to their schedule next year.

The Everlong rockers will play Rock The Beach in Helsinki, Finland on 19 June 2016. 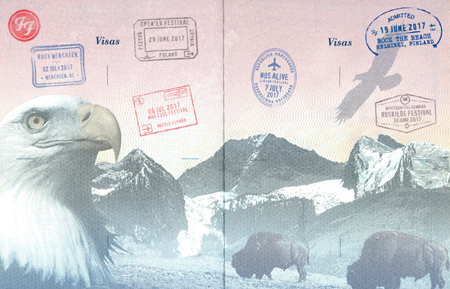 The extra headline gig on 19 June, still leaves a convenient slot for Glastonbury 2017, which takes place on 21-15 June next year.

Meanwhile, Taylor Hawkins has responded to the rumours the band will play the Somerset festival, suggesting he'd be the last to be told.

When asked if the band had booked their headline slot on the Pyramid Stage, the drummer teased: “Not yet man but I’m always the last to know."

Hawkins added: "I have a big mouth so they don’t tell me anything. That’s a rule in Foo Fighters; ‘don’t tell Taylor, he’ll tell everybody’."