Foo Fighters Add Yet ANOTHER European Festival Date To 2017

Find out where Dave Grohl and co. are off to next.

Foo Fighters have added yet another European festival date to their roster of gigs next year.

The My Hero band have confirmed a headline slot at Belgium's Rock Werchter festival, which takes place from 29 June - 2 July.

According to a new stamp on their digital passport, Dave Grohl and co. will headline the festival on 2 July, after playing Poland's Open'er festival and Denmark's Roskilde Festival.

See all five of their confirmed dates so far below: 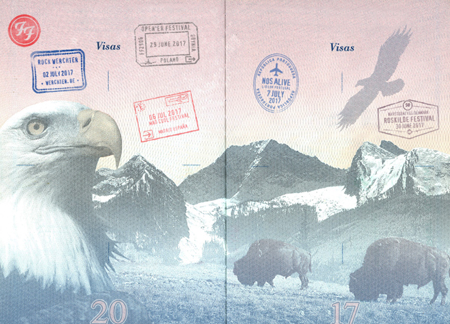 Find out why we think the band are almost certain to headline the Somerset festival here.