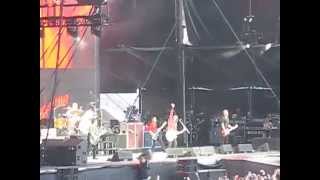 Foo Fighters have cancelled the rest of their European tour, following Dave Grohl's accident in Sweden on Friday night. The band previously cancelled their appearances at Pinkpop Festival in Holland  on Sunday, and Tuesday's show in St. Gallen, Switzerland.

Now, following surgery on Dave's leg on Monday and advice from doctors, Foo Fighters' headline slot at Glastonbury festival on Friday 26 June has been cancelled, along with this week's shows in Edinburgh and London. The cancelled dates are:

Wembley have issued a press release concerning the current state of play over whether the shows will be rescheduled or not: "A further announcement will be made on Friday to advise ticket purchasers of the process for refunding of tickets and to report any other available information."

In a statement on FooFighters.com, Dave Grohl detailed the full story of his injury and said of the cancellations:

“My doctors have advised me to lay low for a while. The most important thing now is for me to recover from the surgery, to keep my leg elevated so as to keep swelling down and prevent any infection/complication that could do long term damage. I’m not out of the woods yet, folks…

“Which means, and it kills me to say it…..the doctors have told us to cancel shows. I’m really so sorry, guys. You know I hate to do it, but I’m afraid it’s just not physically possible for me at the moment. For now, I need to make sure we have YEARS of gigs ahead of us….

It's not known yet who will replace Foo Fighters as Friday night headliners at Glastonbury, but Florence And The Machine are next in line on the bill that night. 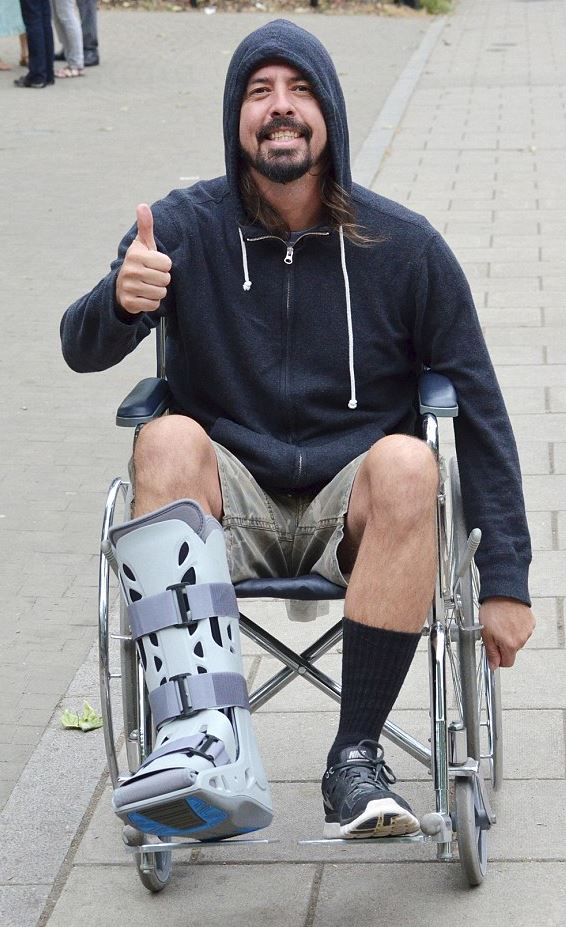 On Friday 12 June, Dave Grohl broke his leg during a show in Sweden. The BBC reported that Grohl fell off the stage and into the pit during Monkey Wrench, the second song on the set at the Ullevi stadium in Gothenberg.

He continued: "You have my promise right now that Foo Fighters - we're going to come back and finish the show."

The rest of the band continued to play covers of Queen's Tie Your Mother Down and Under Pressure, while the singer had treatment. He later reappeared on crutches to finish the show.

The following day, Grohl confirmed he had indeed broken a bone.

Thank you Gothenburg. That was amazing. pic.twitter.com/BXvuxIfVEv