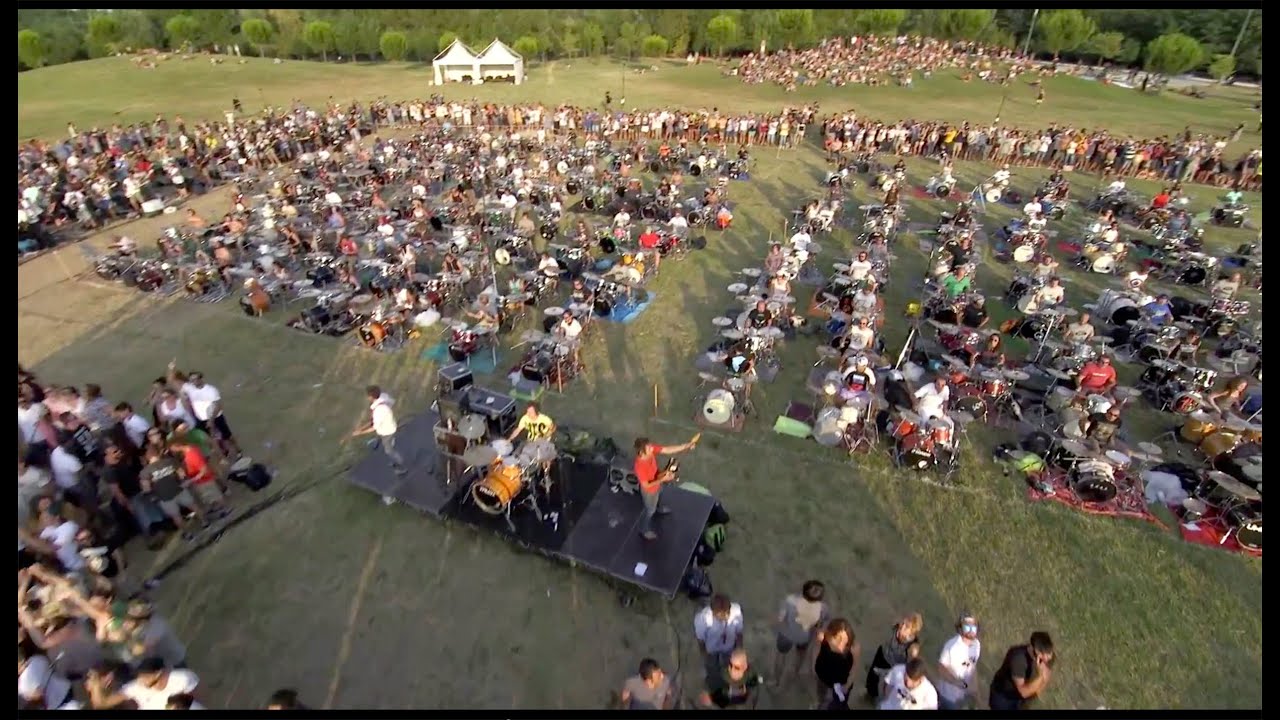 The Italian Foo Fighters fans pulled off the stunt in an attempt to get Dave Grohl's attention. And they succeeded!

A collection of Foo Fighters' fans have pulled together the cover version to top all cover versions. Complete with vocal, guitar, bass and drums, 1000 different people all played the classic track Learn To Fly in unison. As you can imagine, it's amazing.

The stunt was organised in attempt to get Foo Fighters' attention. The fans, from the Italian town of Romagna, wanted to bring Dave Grohl and co to their city. A statement on their website read "The Foo Fighters are not in Romagna since 1997, it’s time to get them back, but we need a crazy idea."

"We have to organize something that kicks ass worldwide and can be seen by Dave Grohl: We will ask one thousand rockers to play one of their songs, all together and at the same time."

As you can tell from the video, they did a pretty good job. Now the organiser, Fabio Zaffagnini, is asking the Foos to come a play the town.

Dave Grohl himself responded to the video with a message in rather wobbly Italian:

According to Facebook, roughly translated this means: "Hi, Cesena! I am David, hello. I’m sorry, I don’t speak Italian. Only a little, a little. That video - but how beautiful! Very beautiful. A thousand thanks. We are  coming, I promise. We’ll see each other soon. Thank you very much. I love you. Bye."

Last year, Foo Fighters played a show in Virginia, US, after a Kickstarter campaign raised the cash.

Foo Fighters are currently on tour in America. Their latest album, Sonic Highways, is out now.