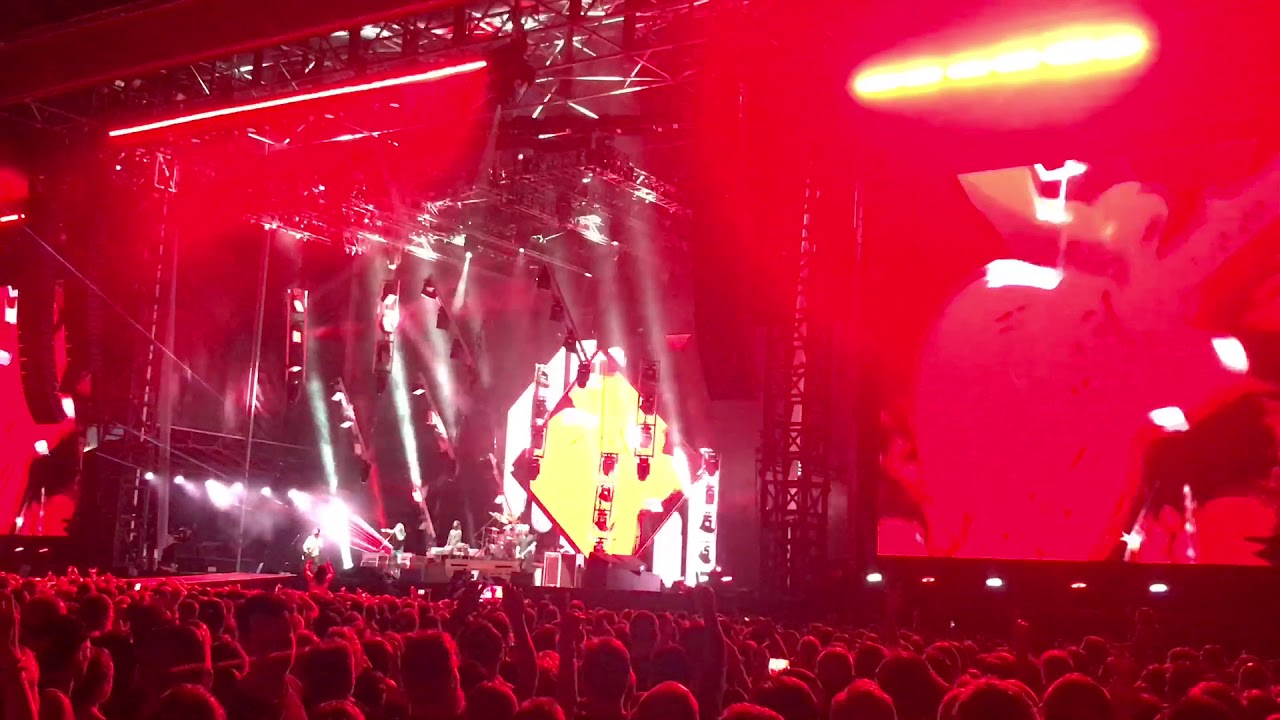 An Aussie mega-fan whipped the crowd up into a frenzy when he performed with the band on stage last night (25 January).

Joey McClennan attended Foo Fighters' gig at Suncorp Stadium in Brisbane, Australia holding up a sign which read: "Can I play Monkey Wrench with you?"

As the Brisbane Times reports, Joey's prayers were answered, when Dave Grohl invited him up on stage and joked: “Are you sure you can play it? The last thing you want to do is come up here and shit the bed in front of 40,000 people in your home town".

What happened next can only be described as Joey massively rising to the challenge, taking Grohl's guitar, running up and down the stage and totally nailing their 1997 track.

Watch the epic moment above in a video shared by Peter Rudd on YouTube.

After the epic performance, where Joey was every inch the rock star, he shared a huge hug with the Foos man before trying to hand him back his plectrum.

Grohl being the legend that he is simply replied: "No, you can keep that," before complementing him on his choice of outfit, since Joey seemed to look like his mini-me combo.

When it comes to passionate fans, Australia seems to be the gift that keeps on giving, with one rushing on to the stage in Perth last weekend.

The Foos were at the end of their 24-song set and halfway through their Everlong anthem at Perth's nib Stadium on Saturday (20 January), when a cheeky fan decided to break through the barriers and go on stage.

Watch Dave's reaction in a video shared to You Tube by Machin193 here:

After allowing the Aussie fan - known as "Jevon with a J" - to give him a hug, the Foo Fighters frontman joked: "Get the fuck off my stage!"

He then went on to dedicate the rest of the track to the lucky fan, shouting "Jevon with a J" several times before launching back into their 1997 single.