Dave Grohl and Taylor Hawkins told Radio X's Chris Moyles their spouses were particularly keen to visit the studio when the Mirrors singer was there.

The Foo Fighters' wives had a huge crush on Justin Timberlake and tried to visit him in the studio.

The pop icon appears on the band's Concrete and Gold album track Make It Right, and while frontman Dave Grohl and drummer Taylor Hawkins had a lot of kind words to say about the singer, it seems their WAGs were even more taken by him.

See them talk about the Timberlake effect in our video above.

Speaking to Radio X’s Chris Moyles about his chance meeting with the star at EastWest Studios in Hollywood, Grohl recalled: “He said, 'Man I’d love to sing on the record'".

Dave Grohl and Taylor Hawkins recently met with Chris Moyles in London for an in-depth chat - you can watch the whole interview right here. 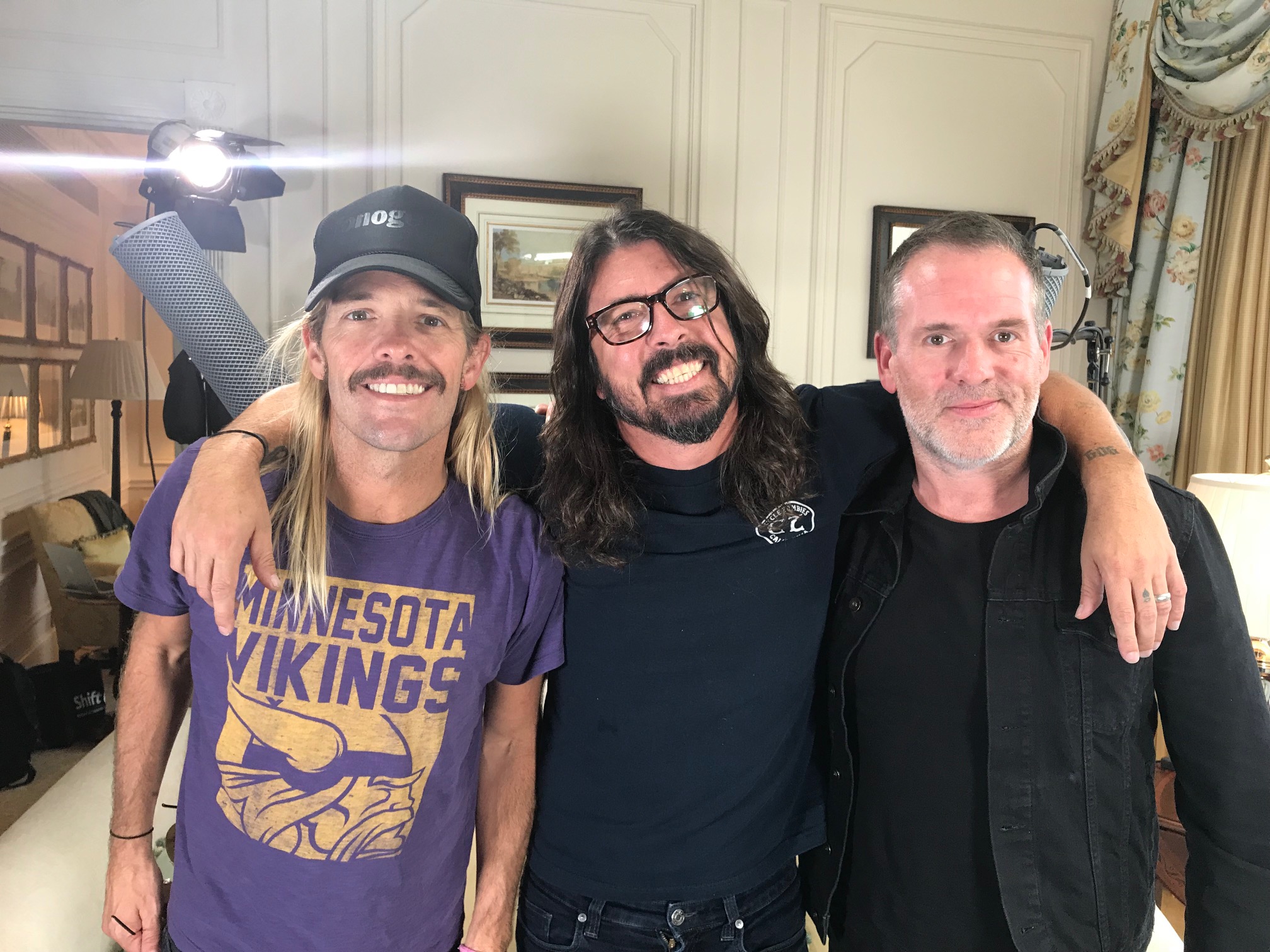 Foos drummer Taylor Hawkins had plenty of praise for the Suit & Tie star, saying: “There’s a reason that dude’s still around. To break out from that… boy band dude makes it out into a serious career, that’s like a drummer becoming a lead singer. And Dave and him together, those guys have similar personalities…”

Dave mused: “Sure… I feel like I’m kind of handsome like him, I can dance like him," before his bandmate interjected: “All of our wives think he’s hot..."

“THAT’s the thing,” Dave joked. “Our wives were like, 'When is Justin gonna be at the studio? Is he coming tomorrow? Do you think we could come?'”

Another big fan of the Foos is 80s icon Rick Astley, who made a spectacular appearance at the band's recent show at The O2 in London: