As well as playing London's Village Underground in August, the band will also play more venues up and down the country later in the autumn. It's going to be awesome.

The band will also play the opening night of Rockfeedback and Moshi Moshi’s unique new By The Sea event which will be held at Dreamland, Margate. You can see the full tour dates below.

This will probably be fans last chance to see Foals in such small venues as their new record is already being hailed as one of the albums of the year.

The band will play London's Village Underground on August 25th. Speaking on the gig, Foals said they "wanted to play a sweaty London gig around the album release. One where we finally get to play some more new songs."

Tickets go on sale for the November tour at 9am on Friday August 21st.

Their fourth album, What Went Down, is due for release on August 28th. 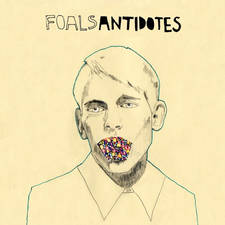