Rumours that Florence + The Machine could headline Glastonbury have been boosted after the singer told Radio X she was "still waiting" for a call from festival organisers.

With a triumphant new album set to dominate the summer and new track What Kind Of Man named as Radio X's Record of the Week, Florence + The Machine are back on top form. But could the band top the bill at Glastonbury?

Radio X's Jon Holmes put the question to Florence when she dropped into studio to chat about the new material - and her answer suggested that anything was still possible.

listen to ‘Could Florence + The Machine Headline Glastonbury?’ on audioBoom

After Florence "nearly choked on her coffee" when Jon threw the question at her, Florence said she couldn't confirm the rumours as she was "still waiting on that phone call".

But she confirmed that if anyone phoned up from Glastonbury to discuss a headline slot, she would "speak to that person".

Florence And The Machine Songs 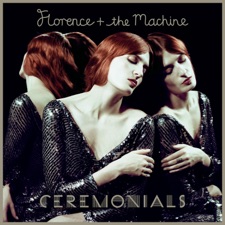 Shake It Out
Florence & The Machine
Download on iTunes

Florence And The Machine Latest

Are you an expert on Florence + The Machine lyrics?