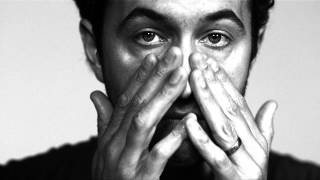 The band have issued the first new track since the release of their fourth album The Weight Of Your Love two years ago.

The track originally appeared on a compilation by label Play It Again Sam , celebrating "33 Years At 33 RPM", featuring tracks by Mew, Ghostpoet, Enter Shikari and Balthazar. It's available as a free download from Editors' website.

The new song, No Harm, is a slow, moody five-minute electronic piece in the vein of their 2011 album In This Light And On This Evening.

Tom Smith says of the video: "Rahi understands what Editors is, we share a love for a certain aesthetic which our music mirrors. But rather than it all feeling too familiar what's most exciting for us is the element of surprise. It's exciting to be working hand in hand with him, to build on our relationship and see how far we can take it. It is, as he would say, beautiful."

The band are set to return to the live stage later this year.

Dan Bastille talks What You Gonna Do? single on The Chris Moyles Show