Tom Smith from Editors has told Radio X that fans of his side project Smith and Burrows - with Andy Burrows of Razorlight, We Are Scientists and solo fame - will get another record... but not just yet.

"We haven't made it or written it yet, but we talk about it every time we meet," he told Radio X's Dan O'Connell. "I see Andy a lot and we talk about it a lot, so yes, at some point there will be another album.

"The next thing for me will be another Editors record and he's currently recording his next Andy record, so it'll be when the time is right."

Editor's fourth album - The Weight of Your Love - was released last summer but Tom admitted he's already started work on the follow up.

"I've started writing. Having a bit of time off, I can write at home in my little writing zone and the first few ideas are starting to come now."

Editors have just played two sold out shows at London's Roundhouse and now have a few months until their next live dates - a handful of European festival dates and an appearance at Latitude this summer.

Tom reckons Latitude will be their only UK festival this year.

"Last year we did Glastonbury and Reading so you don't tend to do those two times in a row. I don't really know what else we would do," he told Dan.

Tom was helping Radio X launch Record Store Day 2014. He performed live at Banquet Records in Kingston as we revealed the hundreds of artists who are putting out special music for the annual celebration of independent record stores

Sir Michael Parkinson turned down a night out with Clint Eastwood 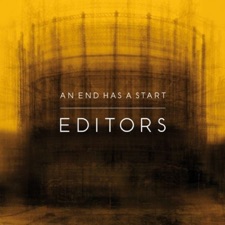 An End Has A Start
Editors
Download on iTunes