Robert Smith and co. will celebrate their 40th anniversary with a star-studded line-up at Hyde Park with special guests in Interpol, Editors and more.

The Cure have been confirmed for Barclaycard Presents British Summer Time Hyde Park 2018.

The Goth legends will celebrate 40 years together at the London festival on 7 July next year, flanked by a stellar line-up of support acts. 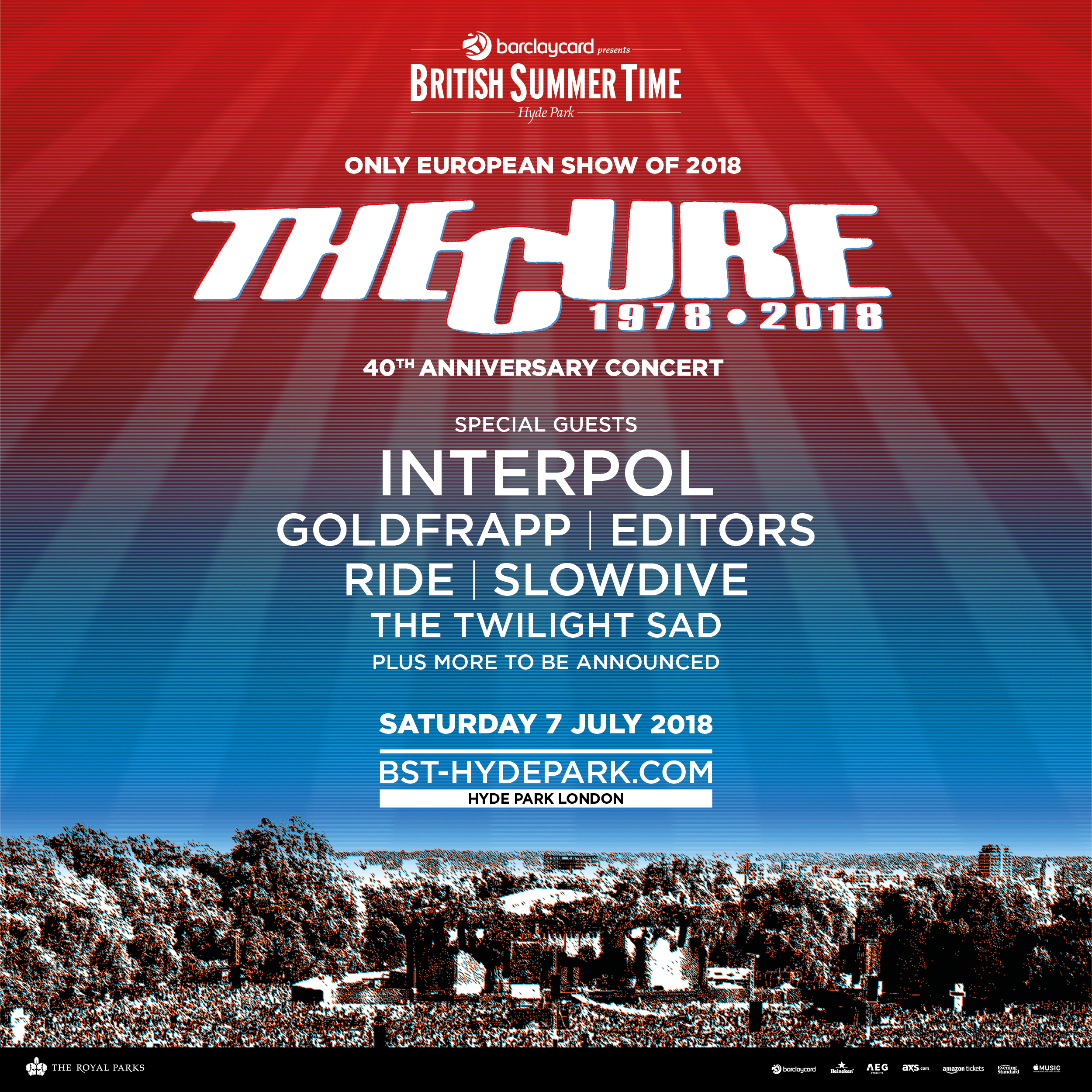 Joining Robert Smith and co. on their European exclusive of the year will be New Yorkers Interpol- who this year celebrated 15 years of their seminal Turn On The Bright Lights album.

Also on the bill are Editors, Goldfrapp, Ride, Slowdive and Scottish Trio, The Twilgiht Sad, with more acts to be announced.

The Cure will join the likes of Bruno Mars, Eric Clapton and Roger Waters in headlining the Hyde Park event next year.

Tickets go on general sale this Friday 15 December at 9am.

Fanclub and Barclaycard presale tickets go on sale today (12 December) from 9am, while BST, AXS and AEG presale going live from Thursday 14 December at 9am.

Visit bst-hydepark.com for info and the full line-up so far.