The band paid tribute to the Las Vegas four-piece during their gig at the city's T-Mobile Arena earlier this month.

Mr. Brightside is a karaoke favourite, so is it any wonder that Chris Martin can't help singing it too?

Playing Las Vegas' T-Mobile Arena earlier this month, Coldplay paid tribute to "locals," The Killers, with a rendition of their biggest track, which they blended with their 1999 b-side, See You Soon.

Watch their take on the indie classic below:

Nice little tribute to Vegas locals The Killers on the C-Stage. R42 pic.twitter.com/kKlTXAlgfq

It's not the first time the band have paid homage to another artist on their A Head Full Of Dreams tour, regularly adding David Bowie's Heroes to their setlist, and performing Prince's Nothing Compares 2 U, with James Corden. 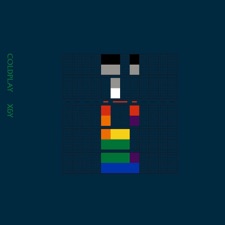