Find out when you can see the Twice rockers play London and how to buy tickets.

Catfish and the Bottlemen have announced a date at London's SSE Wembley Arena.

The Llandudno rockers will play the London venue on 2 November 2018, and tickets will go on sale this Thursday 28 June from 10am.

The London gig will mark the band's first UK since they played the inaugural All Points East festival on 1 June.

Meanwhile, Catfish And The Bottlemen will continue their live dates with festival appearances across the UK, including Kendal Calling, Boardmasters and Glasgow Summer sessions.

Watch frontman Van McCann explain why they're so comfortable on stage:

Meanwhile, the Homesick four-piece should be set to release their third studio album this year after revealing they were "ready to go" with it last year.

Speaking about the follow up to 2014's The Balcony and 2016's The Ride, McCann told Newsbeat "The end of the year is when we're supposed to start recording but I think we'll be done by them".

"I don't know when we'll be allowed but we're ready to go, I've got the songs.

"We'd release an album every six months if we could but you've got to take them around the world and stick to the schedule."

Get the story behind Catfish And The Bottlemen's name here: 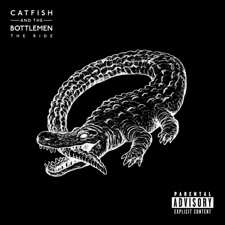