As part of their incredibly exciting comeback in 2015, we've been expecting Blur to play a few huge summer festivals and the first has just been confirmed: Benicassim. 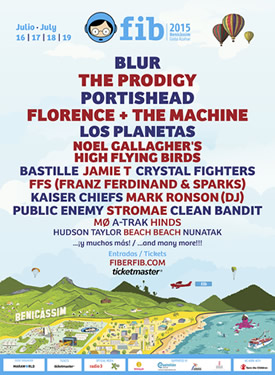 Jamie T, The Prodigy and Portishead have already been confirmed as playing the festival, which takes place in the Recinto de Benicassim in Spain on 16-19 July.

Tickets are available through Ticketmaster and fiberfib.com, the official festival site.

Blur's only other confirmed date for this summer so far is their huge Hyde Park show on 20 June. Their new album The Magic Whip is out on 27 April.

There are still chances to win tickets to Benicassim all next week on Radio X Drivetime, so stay tuned...