The Stockport four-piece have taken on the hit single from Styles' Harry's House album. Listen to their take on it here.

Blossoms have covered Harry Styles hit song, As It Was, and it's pretty darn good.

The Stockport five-piece performed their rendition of the single, which was the first to be taken from Styles' 2022 Harry's House album, as part of Apple Music's Home Session series.

LISTEN TO IT HERE.

Speaking of their choice to cover the former One Directioner's song, frontman Tom Ogden said: "A lot of people messaged us when it first came out, saying it sounded like something we’d write. I checked it out and kind of understood what they meant with the synths and the riff. It’s a great track."

He added: "We’ve always been big fans of straight-up covers which sound pretty similar to the original, I think we thrive off seeing how closely we can recreate the sounds. We had a lot of ’80s synths in our studio which sound like they could have been on the actual record, so it was fun going through the sounds to find the best match."

It's not the only pop crossover Blossoms have treated their fans to of late.

At Glastonbury festival the band provided one of the highlights of the weekend when they invited Spice Girl Mel C on stage for a cover of Spice Up Your Life.

The band were playing The Other Stage when Ogden shouted: “Since it’s technically the 50th anniversary, we thought we’d do something a little bit special.

"Do we have any Spice Girls fans in the house? OK would you please welcome to the stage Melanie C aka Sporty Spice.”

Speaking exclusively to Radio X's Rich Wolfenden, who watched Diana Ross alongside Ogden at the Somerset festival, the on-stage collab with Mel C was rather last minute and had come after the band had rehearsed an entirely different cover for weeks ahead of their set. 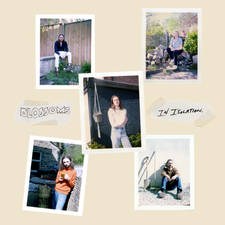