Simon Neil and co have confirmed their new project. Watch the video for their Balance, Not Symmetry soundtrack title track and the film's trailer here.

Biffy Clyro have announced a new film entitled Balance, Not Symmetry and its accompanying original soundtrack.

Watch the teaser video, which they shared on Twitter, above.

The Scottish trio - who are comprised of Simon Neil and twin brothers James and Ben Johnston - have confirmed their first new material since 2016's Ellipsis will be released next month.

Watch the video for the title track here:

See the trailer for the film, which is directed by Jamie Adams, here:

The album is available to stream now and the film will be premiered at the Edinburgh Film Festival on 23 June 2019.

See the full tracklist for Balance, Not Symmetry:

READ MORE: Biffy Clyro - Everyone owes a bit of gratitude to David Bowie

Speaking to NME, frontman Simon Neil revealed the film is a "Romeo And Juliet story from Juliet’s point of view”. 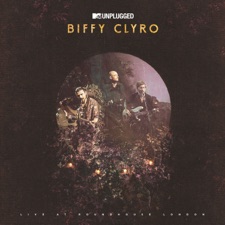 QUIZ: Can you remember all these Biffy Clyro lyrics?