The festive note, which was penned to music producer Tony Cox in 1968, is being advertised for a five figure amount.

The card, which is being sold on MomentsInTime.com, is believed to be referring to Yoko - who was married to Tony from 1962 to 1969 - moving out.

It reads: "Dear Tony, we took most of the stuff I think ... if we picked up anything of yours - or something you need (don't panic!)

"We'll put it back or send it depending where you are. Hope it's o.k. there - it sounds it.

Another page of the note sees John asking Tony where the mastertapes of a 1968 concert Yoko performed are, and two of her short films.

In the part addressed to Kyoko, the card reads: "To Dear Kyoko, A Merry Christmas and a Happy New Year, lots of love and kisses, John

See an image below: 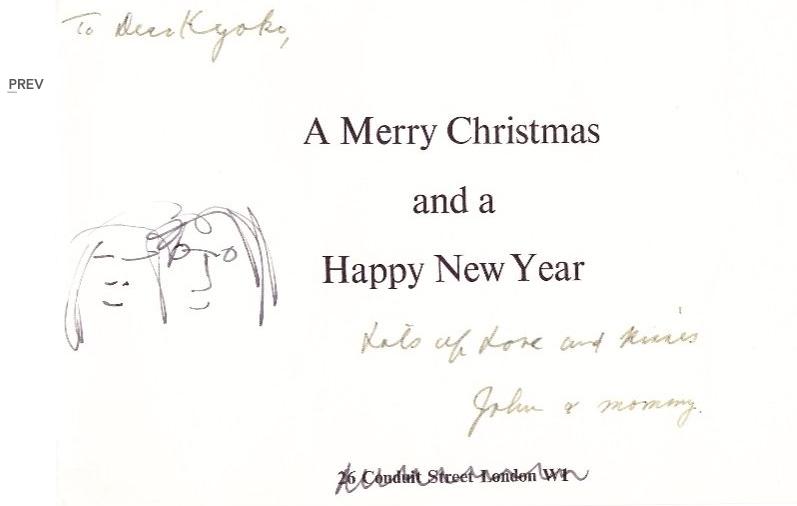 The Imagine singer's tresses were chopped off prior to his 1967 movie role in How I Won the War.

What's more, his Rolls Royce Phantom V once sold for $2.23 million and lyrics to Beatles hit 'All You Need is Love' fetched $1.25 million.

Was The Beatles’ A Day In The Life a true story?

QUIZ: Are you The Beatles or The Rolling Stones?

The sad story behind The Beatles' Let It Be