Fans were quick to draw comparisons between the minimalist artworks.

Kanye West released his Champions single over the weekend and his artwork certainly got people talking.

The lead track from Kanye's Cruel Winter album - which simply says on "No artwork 3" on its cover - bears a striking resemblance to the artwork for Arctic Monkey's Suck It And See album. 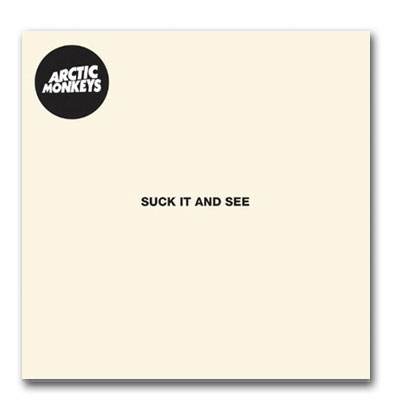 The similarities between Kanye's single and Arctic Monkeys' fourth studio album - which were pointed out by Consequence of Sound this morning - haven't been lost on the fans either.

Arctic monkeys is that you?? https://t.co/fZpZ56B4Ap

But was it a straight up copy or a total coincidence? You decide:

The US rapper and the Sheffield band aren't the only artists keen on the minimalist look for their artworks either. But are they a touch of simplistic genius or lazy attempts at irony?

Get some of the most ridiculously simple covers of all time, here: