A worthy follow-up to the acclaimed debut: Alt-J prove why they're one of Britain's most challenging bands.

listen to ‘X-Posure with John Kennedy podcast: Alt-J on This Is All Yours’ on audioBoom

Off the back of their debut, An Awesome Wave, Alt-J became one of Britain's finest cultural assets. With tracks like Matilda, Tessellate and Breezeblocks, their redefinition of what rock music could be created a fascinating album that bridged the gap between the experimental and the enjoyable.

The arrival of their long-awaited second album begs the question: can they do it again? With original bassist Gwil Sainsbury departing, the trio of Joe Newman, Thom Green and Gus Unger-Hamilton have reconvened, regrouped and taken the next logical step on the journey.

The new album doesn't reinvent Alt-J's sound, but cleverly expands on the universe they set out on the debut. It's not a party record by any means, but the atmospheres they create make This Is All Yours one of the most satisfying albums of the year.

ALT-J - HUNGER OF THE PINE

ALT-J - EVERY OTHER FRECKLE (GIRL)

ALT-J - EVERY OTHER FRECKLE (BOY)

THIS IS ALL YOURS TRACKLISTING: 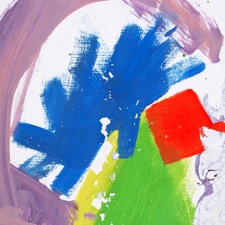